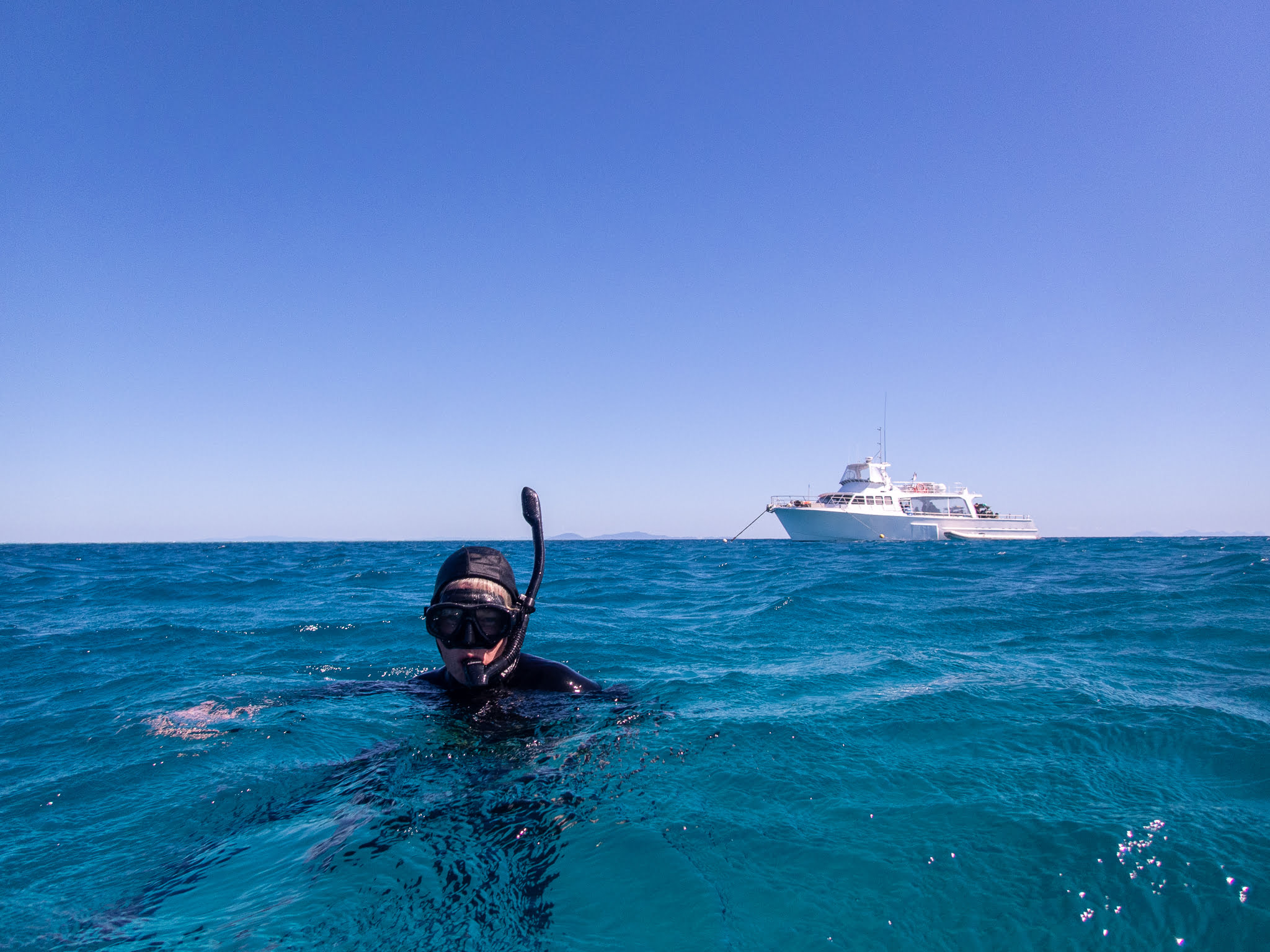 Global news outlets ran headlines earlier this year that the Great Barrier Reef was suffering a sixth mass bleaching event, many with a picture from John Brewer Reef.

‘More than half of the living coral cover that we can see from the air is severely bleached…’ CNN.com quotes an Australian Institute of Marine Science (AIMS) coral biologist.

‘From the air’, we are told the state of the corals under the water.

But what can anyone see of life under the water, from flying past in the air?

When something is bleached, by definition it has lost its colour – by exposure to sunlight or, in the case of corals, by expelling their symbiotic algae.

To be clear, in early 2022, John Brewer reef was described as the centre of a sixth mass coral bleaching.

Yet when I went to see the corals at John Brewer reef, 40 nautical miles offshore from Townsville, and after I got in, and under the water, I was surprised to see so many of them pink. In fact, I had never seen a more beautiful coral reef, perhaps because I really like the colour pink.

My first three dives on 10th April were with underwater photographer Leonard Lim, and he took the most extraordinary photographs.

It is unusual to find pink corals at the Great Barrier Reef. Most corals, at reefs all around the world, are beige in colour. It is often the fish that really give a coral reef its colour and movement.

At John Brewer Reef early in 2022, the corals had changed colour. Many of them were now devoid of their symbiotic algae, yet they had become more colourful. They were bleached colourful!

This is not the only contradiction when it comes to the state of the Great Barrier Reef. Issues of coral cover and how to best survey the different habitats at the one reef are discussed in my new film, Bleached Colourful.

It was filmed and edited by Stuart Ireland who has more than 30 years diving Heron Island, Pixie Reef and more recently he has been documenting the state of the corals at John Brewer Reef.

The screening of Bleached Colourful will be in Perth on 1st December followed by a Q&A session. As well as answering questions, I will tell you about the corals that I saw during my most recent trip back to John Brewer reef that was just a couple of weeks ago.

The footage from that late October 2022 visit will be incorporated into a next cut of Bleached Colourful, that I hope to submit to a film festival next year, in 2023. So, the screening of this film in Perth on 1st December is very much a test screening, and I am going to be listening carefully to feedback from the audience.

After the screening of Bleached Colourful that is still a work in progress, and the Q&A there will be intermission and then the chance to watch Finding Porites. That film first premiered in the Majestic Theatre at Pomona on World Ocean Day last year.

Finding Porites chronicles an adventure to Myrmidon Reef that is the most magical place with crystal clear waters, giant clams, and even bigger corals.

Remember Myrmidon! The coral reef that is beyond the Great Barrier Reef proper that I visited with Shaun, Rob, Dennis, Wizzy and, of course, Stuart filmed it all. That was back in late 2020.

This film, that also stars Peter Ridd, explains how The Australian Institute of Marine Science (AIMS) once cored the massive Porites corals to report an annual growth rate for the entire Great Barrier Reef. AIMS haven’t reported on this since 2005, you can read more here.

Porites corals do have annual growth rings, like tree rings, and so they are time capsules of the ocean’s climate history, which is our climate history.

The oldest core dates to the year 1572, with 450 years of climate history.

T﻿ickets for this double-bill screening plus Q&A with me, Jennifer Marohasy, are available for $15.

Get your tickets here.

Add your IPA members code for a discounted price of $10.

The screenings is at The Windsor Cinema, a historic Perth landmark with a licensed bar from which light refreshments will be available at intermission.

If you live in Perth, I so hope to see you there.