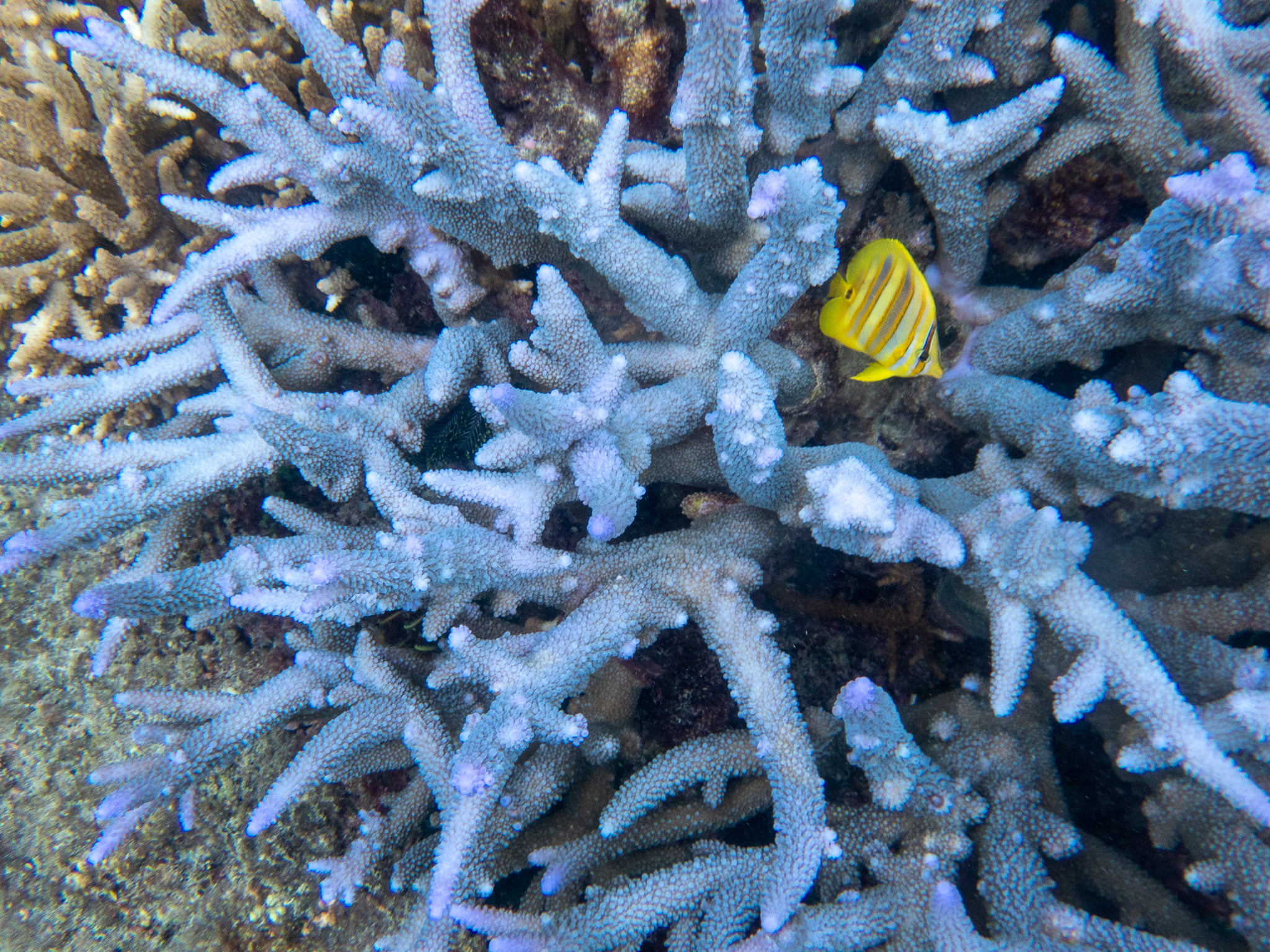 RMIT University claim that I have misrepresented the state of the corals at John Brewer Reef – if not the entire Great Barrier Reef.

They have come to this conclusion not by visiting John Brewer Reef. If they had visited the coral reef they would have found, as I did, a coral wonderland.

Fundamental to science is observation and the closer-up the better. Anyone who actually visited John Brewer Reef during the period it was reported as badly bleached would have found an unusually colourful coral reef.

I first visited John Brewer reef on 10th and 12th April when it was purportedly at its most stressed, and I have never seen a more colourful reef in all my fifty years of diving at the Great Barrier Reef.

The pink colour was from a protein produced by the coral polyp in response to the higher temperatures experienced during February 2022. As I show in my new film A Coral Bleaching Tragedy, corals have been bleaching colourful, a phenomenon also known as fluorescing, since at least the 1970s and probably for the last few thousand years which is the age of the modern Great Barrier Reef.

Most people would prefer their corals pink, rather than beige. Yet, such brightly coloured corals may be so stressed they are hardly growing at all. It is a little-known fact that many corals only become colourful when they are stressed.

Most corals at reefs around the world are their healthiest when they are beige in colour. Many beige-coloured corals have naturally florescent tips.

No. My central thesis is that the corals at John Brewer Reef were bleaching colourful.

It is such a pity that our universities, Facebook, and the popular press are so concerned with keeping-up appearances – by which I mean continuing to publish misinformation suggesting that places like John Brewer Reef that are home to the Museum of Underwater Art (MOUA) are turning white when this is not the case and has never been the case.

The whitewash is unfortunate because it maligns the still beautiful Great Barrier Reef. None of the so-called experts interviewed in the RMIT University article mention, or attempt to explain, the complexity of coral colour. It is a fact that mild heat stress can cause coral polyps to not only lose their symbiotic algae but also to produce a protein making them even more colourful. This was the situation at John Brewer Reef earlier this year, when the same reef was being described as at the centre of a sixth mass coral bleaching and it was incorrectly assumed this meant the corals were turning stark white.

*********
The photograph of the blue coral and yellow fish that features at the top of this blog post was taken at John Brewer Reef on 10th April 2022 by Jennifer Marohasy with an Olympus TG6.

To know when the next instalment of this saga (Part 2 and 3 of John Brewer Reef Fact Check) is published subscribe at https://jennifermarohasy.com/subscribe/

Then you will also know when my new film, which is all about John Brewer Reef, is next in a cinema near you.